Battle of the Instant Ramen 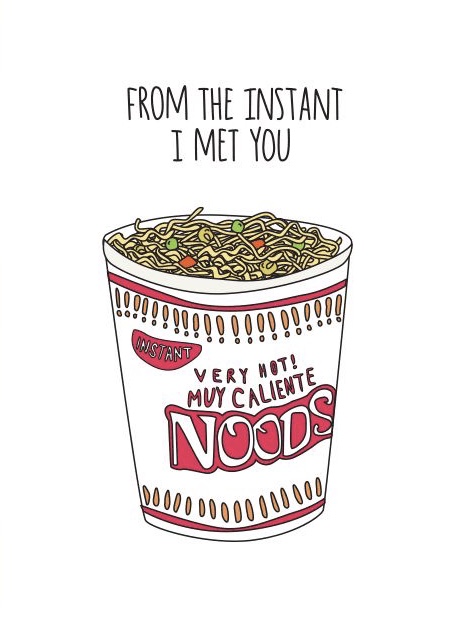 If you have never had a pack of instant ramen, ask yourself have you ever lived life to the fullest? Let's admit that these packs of instant ramen are the best to treat hunger with a naughty punch! Although people say they have tons of sodium, empty calories, and carbs we can all agree that they are still the best easy and cheap type of meal to have! I have tried a few packs of ramen and have come up with the top 2 that ultimately had the best taste and flavor. 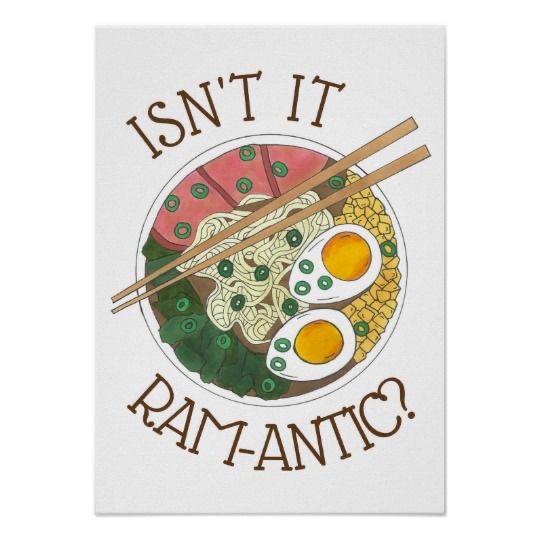 I tried a few packs of instant ramen brands such as Maruchan, Top Ramen, Cup Noodles, Shin Ramen, & Mikes Mighty Good Ramen. Now that i’m naming all the brands I tried I guess I could say it might have been more than a “few”, oh well it’s okay I’m living my best noodle life! Over all most had the same noodles which are fried and dried BUT then I found Mikes Mighty Good Ramen which is made with organic steamed noodles! They all had different prices but were all very affordable. Maruchan, Top Ramen, & Cup Noodles all ranged from .30-.50cents which is great if your looking for a super cheap meal! The Shin Ramen was about $1 and Mikes Mighty Good Ramen is about $2.50 BUT, you pay for the quality of the noodles and the broth so your paying for quality not quantity which I highly recommend! 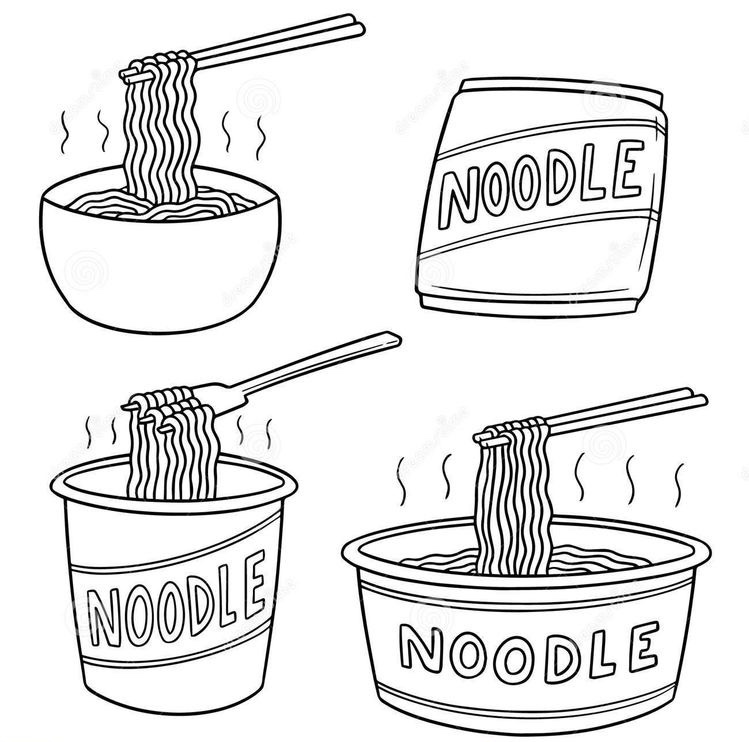 Most people never look at the back of the pack and look at the nutrition portion to really see what the ramen consists of! Well my friends, I went ahead and did that for all of us! Maruchan, Top Ramen, Cup Noodles, & Shin Ramen are all extremely high in sodium ranging at about 900-2,000mg so the broth is recommended to drink once in a blue moon in my opinion! Now Mikes Mighty Good Ramen only contains 740mg of sodium, that may seem a like a lot but, you can enjoy the broth without having to worry if your blood pressure will shoot to the sky. Other than Mikes Ramen the other brands consists of dried fried noodles where as Mikes has organic steamed dried noodles for the best taste, they are also chewy in the best way. Now lets talk about the broth (my favorite part) Maruchan, Top Ramen, & Cup noodles have a broth that isn’t the best since it can be very salty without a lot of flavor. Shin Noodles has a great broth that is super spicy so beware before you eat but hey chili is the best thing to add onto everything or maybe that’s what I get for being latina right lol! The Shin broth really has a huge kick of flavor and the noodles are chewy in a great way. Mikes Ramen has a rich broth flavor that tastes like real chicken and nothing fake. The noodles are super chewy in the best way possible, they really taste like restaurant quality. Mikes has a good amount of noddles so one packet really fulfills but lets be honest there really isn’t ever enough noodz if you ask me!

The Best of The Best 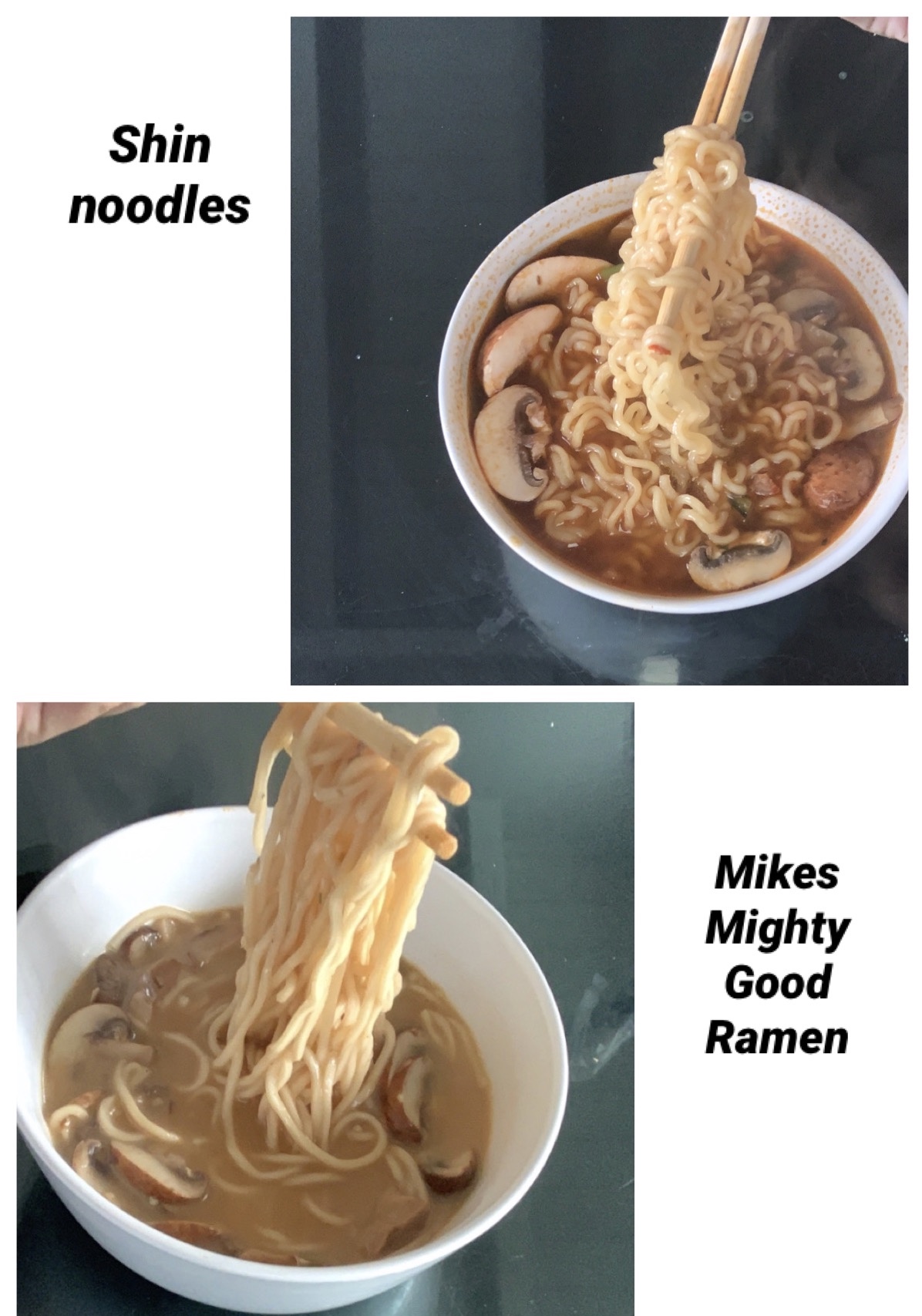 The one that really stole the show had to have been Mikes Mighty Good Ramen. I know it might be a bit more pricy than the average but hey its not just average so I understand the price point. Although for about $1.50 more, you could have a really good and semi healthy lunch. I say semi healthy because all instant ramen have their cons BUT, this one beats the rest! Trust me when I say this one is a hidden gem waiting to be found and eaten lol. The broth just taste so wonderful that the other broths didn’t have and the noddles really stood out because of the way they are made you could really taste the quality of the finished product. Now if you guys really want to know how I eat instant ramen you can thank me later, I usually make a bowl of the spicy shin noodles and a bowl of the fried garlic chicken ramen, I then eat the shin noodles and soup but SAVE THE BROTH hold yourself from finishing it lol! Once I have eaten the shin noodles I then pour some of the shin broth into the mikes soup to add more chili flavor and depth to the broth and then devour the rest of the soup with the noodles. I love noodles so don’t judge me I’m giving you life changing advice! So the next time your out shopping try The Athena Way and watch your life change ;D. Your tastes buds will thank me later!

My Name is Athena

Hello to everyone and thank you for taking the time to check out my blog. The world can be seen in so many different ways, I am here to show you how I interoperate the world in my eyes one blog at a time. La vida es muy corta para no disfrutar la felizidad y el amor! 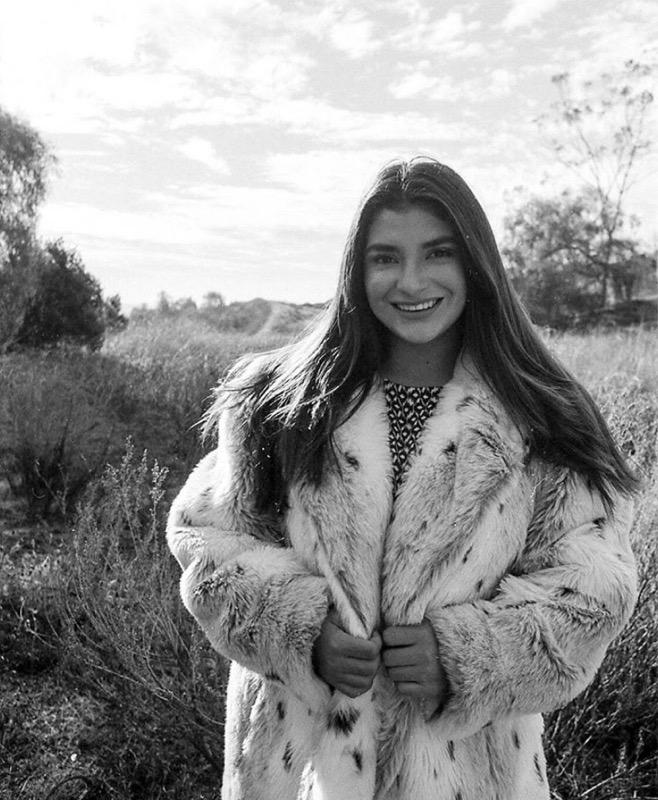